What are Power Users? 🤨

If you’re in the world of startups, particularly tech, you’ve almost definitely heard the term ‘Power Users’ before. It belongs to a special group of Silicon Valley buzzwords that also includes phrases such as ‘growth hacking’ and ‘moving the needle’ (if anyone can actually explain the latter in a meaningful way, DM me…). Entrepreneurs love power users, but what are they exactly?

Before we define power users, we need a framework for thinking about the different kinds of users any startup encounters on its journey to mainstream success. Personally, I’m a big fan of Simon Sinek’s Diffusion of Innovation Theory. If you have 10 minutes, watch the video linked 👈, then come back to me!

Innovators help get your product off the ground but rarely stick around long enough to become long-term customers. For early-stage startups, its the early adopters that provide the initial (and vital!) interest and traction that keeps the wheels moving forward ⚙️

Have you ever found yourself searching for a tool to deal with a specific task and stumbled across new software that just about or oh-so-nearly does exactly what you need? If so, then the odds are you become an early adopter of that product. And that’s because as much as the product or service wasn’t perfect (in fact, it might well be clunky, buggy and at times infuriating), it did have the potential to ease a genuine pain. That's the beauty of early adopters: they’ll simultaneously be your harshest critic and your most loyal customer simply because they actually care. They are willing to invest their time and energy into giving you strong feedback early on, keen enough for a solution that they’ll sit through user calls and faulty bugs! 😅

What’s the difference, then, between an early adopter and a power user? 🤔

The way I see it, your first power users are simply a subset of the early adopters, plus maybe a few of the innovators who stuck around. Early adopters become power users when you return the favor of their time and feedback by providing them a genuine value-add. They’re the users that carry out the really important actions on your product… a lot.

If we think back to the early days of Instagram, before its new feature development became ‘whatever-the-most-popular-new-social-media-is-doing-this-week,’ we might consider those that downloaded and scrolled the app, even when it looked substandard, as examples of early adopters. But it's a subset of these users, those regularly posting to their profile, that we’d consider the real power users.

Why should you care about Power Users?

Power users are a massive asset to any startup. Especially while grinding it out with limited resources and a small team (starting with a few computers in a garage is preferred, but not a deal-breaker…), power users are a valuable group of opinions. Startups are like race cars 🏎 moving towards a finish line - they need velocity (speed + direction), not just speed. Power users provide the direction.

I’ve noticed that power users use emotive language such as ‘I hate this’ and ‘I love that.’ They are opinionated and passionate because they stand to benefit from challenging you to build a better product for them. They signal which features are valuable and which aren’t and are willing to put their money where their mouths are, more often than not becoming your first customers. 💰

Listening to power users helps to answer the difficult questions at the beginning of any startup:

How do you find your Power Users?

Unfortunately, there’s no universal metric for defining a ‘Power User.’

But a good place to start is by identifying your customers' ‘jobs to be done’. The theory, laid out in more detail here, suggests that when we buy a product, we are essentially ‘hiring’ a tool to do a job for us. If it does the job, we’ll ‘rehire’ the same tool next time ✅. If it doesn’t, we’ll ‘fire’ the tool and move on to a new solution 💁‍♀️

Power users, then, are those that rehire your tool to do a specific job time and time again. If you think about it, you're likely a power user of more products than you know:

It's important to note that finding your power users is neither an art 🧑‍🎨 nor a science 🧪; its a mixture of both. When we came to define power users here at SigmaOS, we started with the user feedback we were getting from our community Slack channel, particularly the emotive language, such as which features users said they couldn't live without. The more conversations you have with your users, the closer you'll get to the core of where your product's value lies. That's the art of identifying power users; ultimately, it comprises both qualitative feedback and gut feeling.

Then turn to the data 📊. Are the features your users talk about frequently actually the ones they are using day-to-day?

It's common in products to overbuild, trying to incorporate every last function or preference from each and every user. In reality, there is often a handful of - or even just one - feature that the majority of your users are coming back to time and time again. Sometimes, the noise and the data don't match, so you have to look at both. ✌️

In the case of SigmaOS, we knew we had a few different functionalities that received praise from the community: multitasking in Split Screen; finding pages quickly using Lazy Search, the ability to separate Cookies; building Workspaces to create workflows; and so on. We assumed that one of these might be our defining metric for power users and tested it against the available data. We found that Workspaces, specifically creating and switching between different Workspaces for different tasks, was a consistently popular feature amongst our most engaged users. This was the Science backing up the Art. 💅

Taking it back to 'jobs to be done', we found that a portion of our userbase utilizes SigmaOS to organize their tabs into a flow that makes sense to them. Our power users 'rehire' Workspaces to do the job of organization each and every day. 💪

Build an army of Power Users

Defining, finding, and working with your power users is an iterative process. The circle goes a bit like this 🌀:

All the way along the journey, your understanding and intuition on how your product can be 'hired' to solve problems in the best way possible will get closer and closer to the truth. Engaging your power users and working with them instead of for or against them will keep you building in the right direction, amassing a base of loyal customers along the way 😁

Use SigmaOS to make your life easier!

If you do decide it’s time to build your army of Power Users, download SigmaOS to help you on your journey!

And finally, If you think others would find this article or SigmaOS useful, please share it with them! 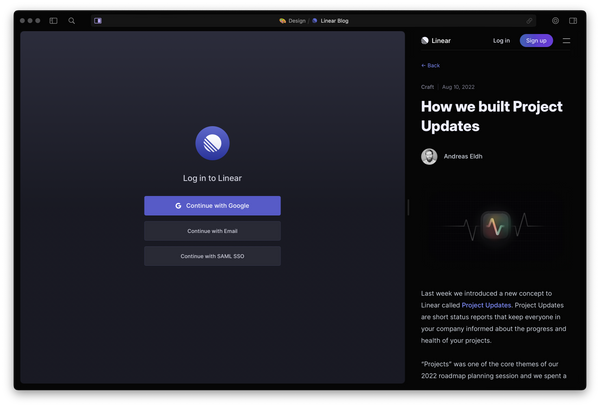 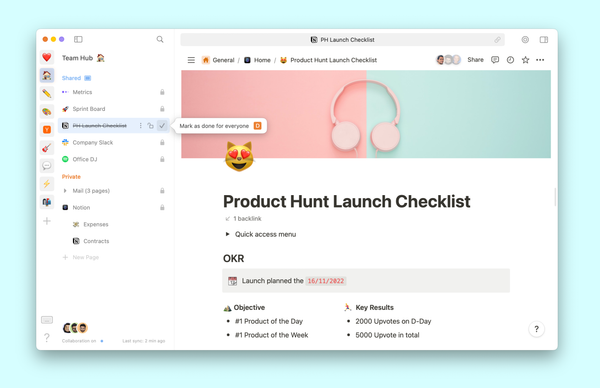 The internet is much more exciting and better together with teammates and friends!